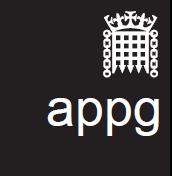 Google has played an important part in this change. In February 2018, Google launched a new certification system for ticket resellers, with the aim of providing clearer information for consumers. However, Viagogo’s use of Google paid-for search to achieve prominence to consumers continues to concern all signatories to this letter, now more than ever.

Last Wednesday (September 5th), Viagogo failed for the second time to appear before the Digital, Culture, Media and Sport Select Committee in an evidence session on secondary ticketing. The Committee’s Chair, Damian Collins MP, described this as a “pattern of evasion, disrespectful to the House and disrespectful to consumers.”

“If you've got nothing to hide, the truth will do you no harm,” he added. “If you want to be safe, do not buy tickets from Viagogo.”

Repeated research by FanFair Alliance has highlighted how Viagogo systematically tops Google results for tickets, even when primary inventory is still widely available or, most worryingly, when the tickets listed will be invalid for entry at the event.

This results in confusion, and risks your users clicking through to Viagogo unaware they are being transferred to a ticket reseller.

Working with the campaign group Victim of Viagogo, FanFair has helped many individuals who believe they were mis-sold tickets to claim back hundreds of thousands of pounds. The vast majority of these customers tell us they were led to Viagogo through Google search and unaware they were buying a resold ticket.

It is an untenable situation.

In effect, one of the world’s most trusted brands - Google - is being paid to actively promote one of the least trusted.

Viagogo’s search advertising is also, we believe, breaking Google’s own AdWords guidelines. These state clearly that advertisers are expected “to comply with the local laws for any area that their ads target” and that Google will “generally err on the side of caution in applying this policy because we don’t want to allow content of questionable legality.”

We understand that Viagogo is a valuable client to Google, spending considerable sums each year on paid search advertising.

However, we urge you to protect consumers who daily put their trust in Google, and act now to restrict Viagogo’s ability to pay for prominence.

We look forward to working with you to achieve these goals,